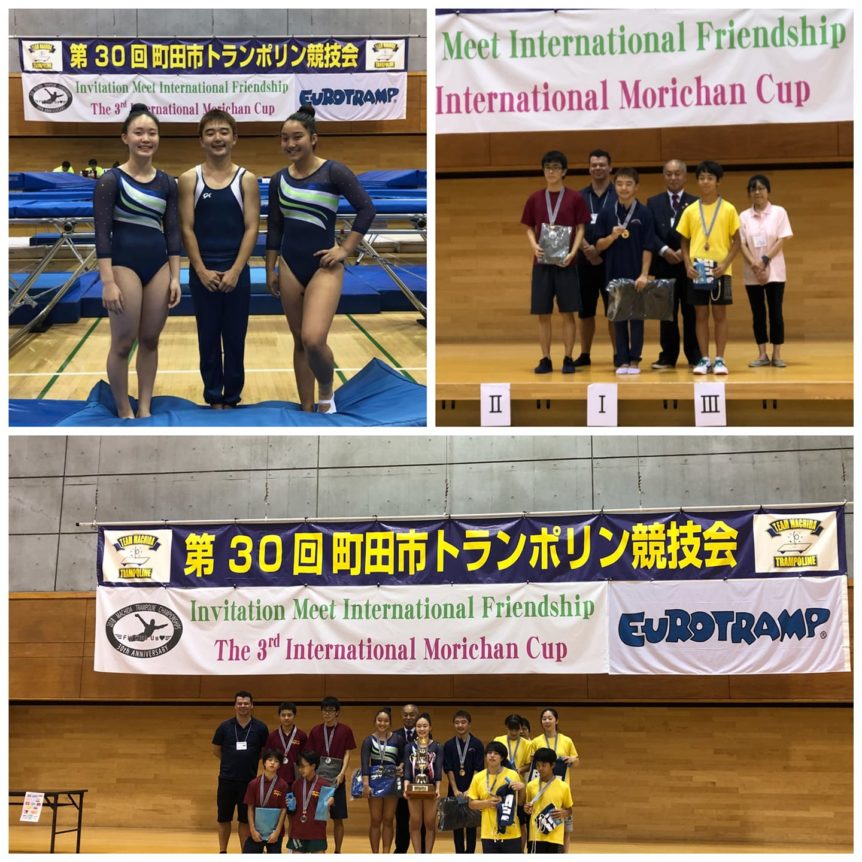 Each national delegation was allowed four gymnasts, a coach, a judge, and
a physician/trainer with all expenses except airfare paid by the
organizing committee. Invited were Hawaii, Hong Kong, India, Japan (three
teams), Macau, Philippines, Singapore, South Korea, Taiwan, Thailand, and
Vietnam. Vietnam could not attend. Macau and Korea only sent a judge and
administrators to observe. The competitors were divided by sex and not by
age or ability. Team score was based on the best three of four
performances for each team on two preliminary competitions with both males
and females in each team score. Individual finals, by sex, included the
top eight performers (with a maximum of two per country) and a
representative of each country not qualifying in the top eight (this made
11 females and 11 males). Hawaii won the team competition (273.68)
followed by Japan’s Waseda University (257.975), and Japan’s Team Machida
(243.435). Hawaii’s Senter won the women’s individual title (94.4)
followed by Hawaii’s Amano (92.955) and Japan Team Machida Yurina Katsuta
(86.98). Hawaii’s Onigama won the men’s individual title (86.325)
followed by Japan Waseda Club’s Yuki Honda (85.86) and Japan Team
Machida’s Tatsuya Tensaka (83.53).

The intended fourth member of the Hawaii delegation, elite gymnast Kayttie
Nakamura (16, Kalani High School), stayed home to rest her chronic shin
splints and to train for the Youth Olympic Games to be held in Buenos
Aires, Argentina, October 6-18. 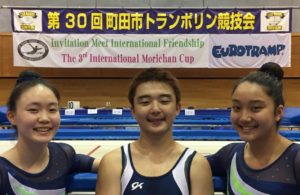 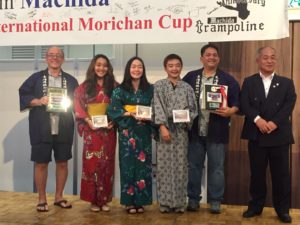 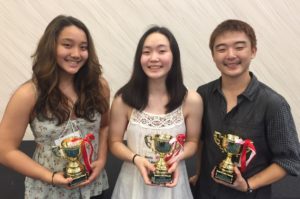 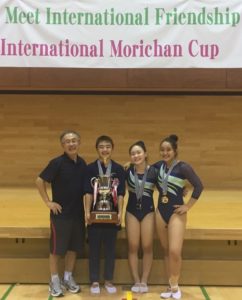 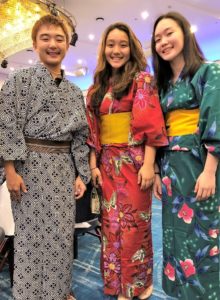 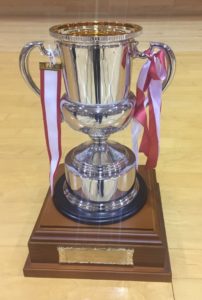