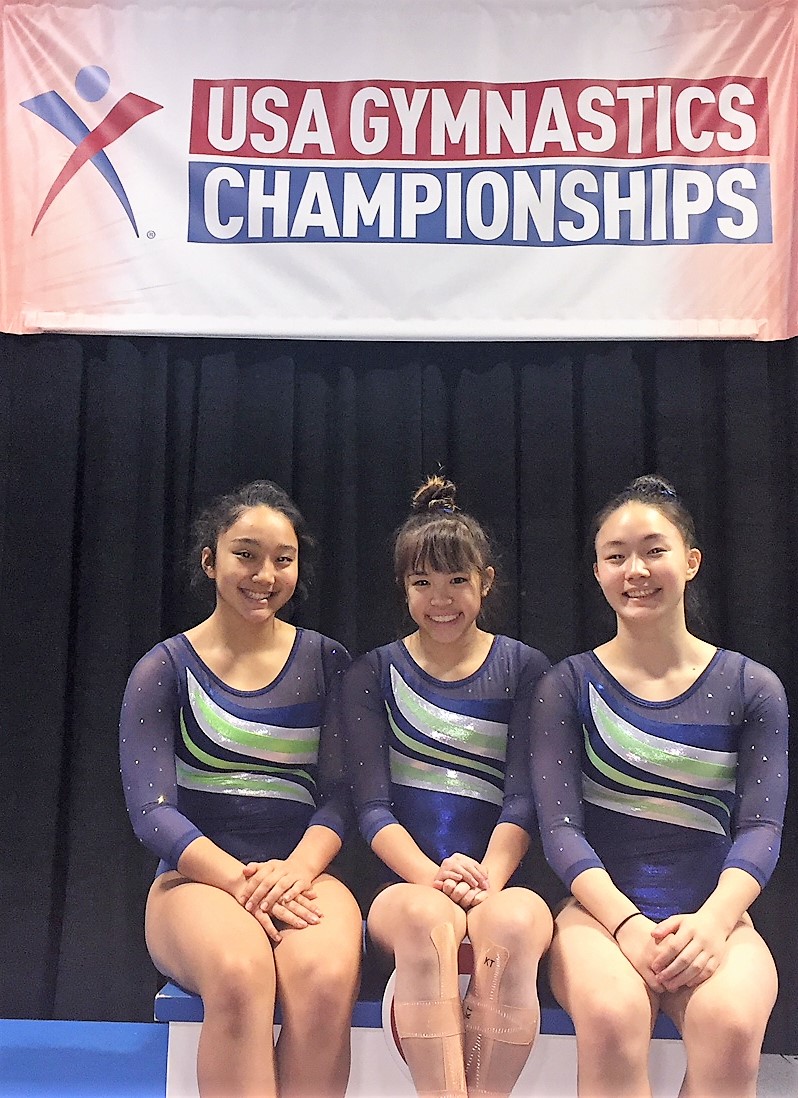 As shown in attached photo, Sydney Senter (16, Hawaii Baptist Academy),
Kayttie Nakamura (16, Kalani High School), and Maia Amano (15, St. Andrews Priory) competed in the United States Gymnastics Championships in
Greensboro, NC, the last qualifying competition of the year. Their
outstanding performances resulted in a 1-2-3 ranking among US female
elites age 15-16 and selection to the US Teams (on individual
trampoline–TRI, double mini-trampoline–DMT, and synchronized
trampoline–TRS) for the World Age Group Competitions in November in St
Petersburg, Russia. All three were named to the US Junior National
Trampoline Team (age 17 and under) for trampoline and double
mini-trampoline. Nakamura was also selected to the Senior National Team
(age 17 and over) because of her ranking among the seniors on both
trampoline and double mini-trampoline.

The final selection was for the Youth Olympic Games to be held in Buenos
Aires, Argentina, October 6-18. Nakamura and Senter helped the US win one
female spot in the Games after winning the Junior Pan American
Championships in Cochabamba, Bolivia, two weeks ago. At a special session
at the US Championships they competed against the top ten female elites
age 16-17. Alyssa Oh (from World Elite in California) earned a two-routine
score of 96.855 to edge past Nakamura, who posted a 96.165. Oh’s routines
earned a 43.545 and a 53.310. Nakamura, whose routine scores were 43.505
and 52.660, is the alternate for women’s trampoline. Senter was close
behind in third place (second alternate).

The next competition for Hawaii’s three elite gymnasts is August 9-12 in
Tokyo where they compete as the Hawaii Team (with Hawaii Academy teammate
and past age group world champion Kelsen Onigama 24) against Japan, China,
Hong Kong, Taiwan, Vietnam, and Singapore. 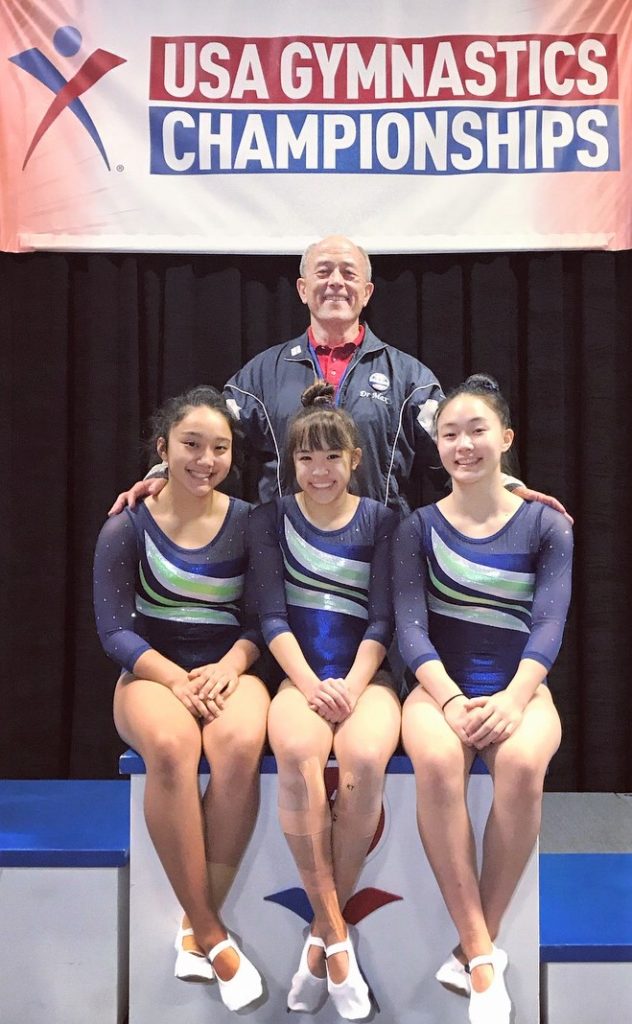